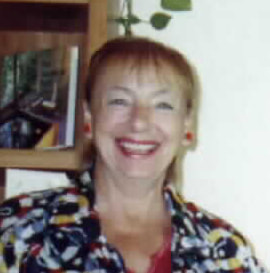 Nancy Farley has always been the precocious one. She was born in West Virginia, having transported herself to California during the “Beverly Hillbillies” days. Although a young adult during the hippie era, she did not indulge in such follies until she was well into her 40s. She now lives with abandon in Stockton, creating fanciful poetry based on imagining from her early country childhood.