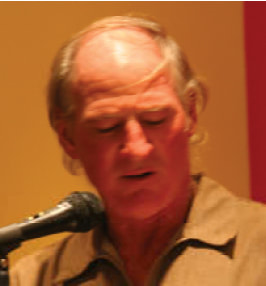 Wayne Robinson was born 1952 in Oklahoma and has been
living in California since 1956. He is a construction worker,
scuba diver and bicycle rider who writes as often as possible.
Wayne is a contributor to Sun Shadow Mountain, which is
still available by request at book stores. Donald R. Anderson
owes Wayne much gratitude for his friendship and heart.